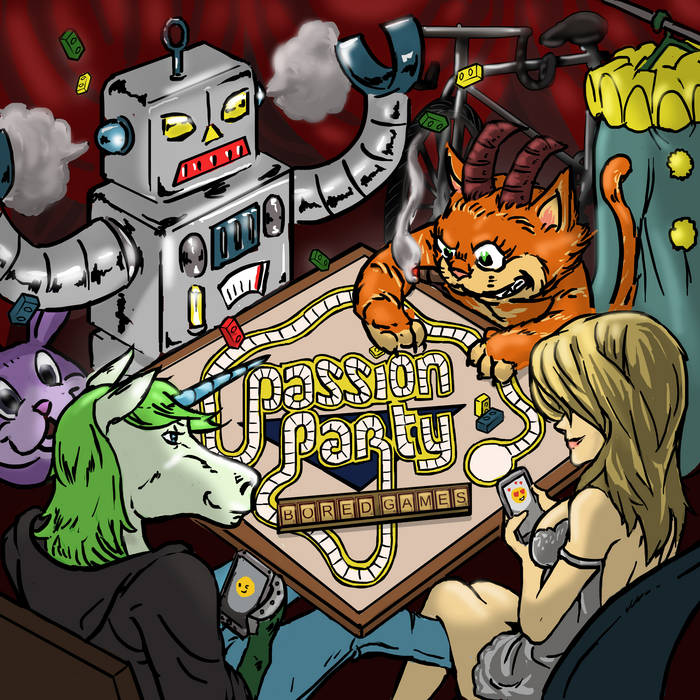 Passion Party is a satirical hip-hop band from Seattle, WA formed in 2012 by Tim Stiles and Adam Drew.

As far as songs in particular, “Road Rules” takes an unbiased stab at the heated relationship between drivers and bicyclists in the big city. Whereas “Morning Sex,” “Sexting,” and “Furries” broach obscure topics normally hidden behind the socially acceptable curtain. “Robot Roommate" and “Nerd Circus” cater to the nostalgic, toy collecting kid in many of us. “LucyFur" is a literal depiction of life with proprietor and lyricist Tim Stiles' nine year old tabby cat named Lucy - born 6/6/2006 (666) hence the nickname - and plays on the dichotomy of opinions between dog and cat owners.