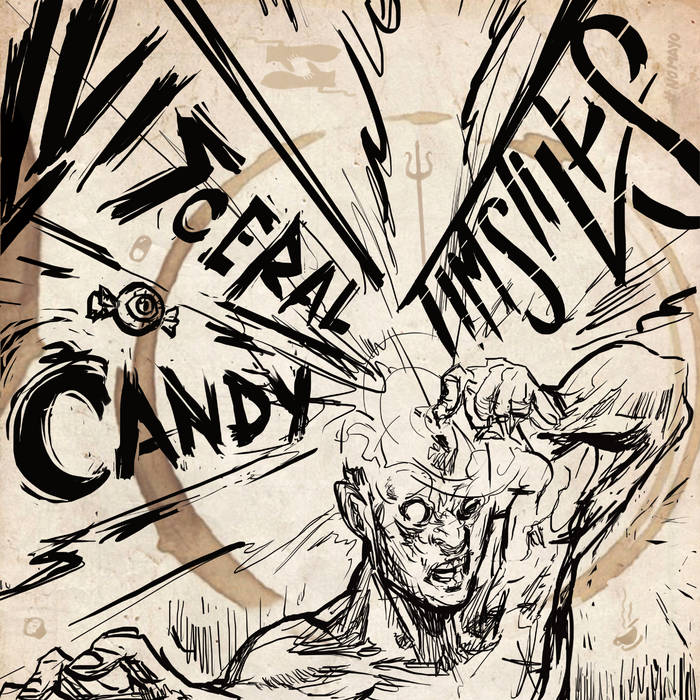 Available in both digital and limited edition vinyl, Visceral Candy's 'Feat. Tim Stiles' vacillates between neurotic self-consciousness and oblivious swagger. Seth Swift and Ian Hernandez (of Visceral Candy) move on from their last concept album about losing pets with a push/pull of morose poetry and frivolous bragging.

Tim Stiles: "As far as for me as an artist, this album represents a break from my shell and an opportunity for me to express myself in ways that are more representative of me as a person compared to how I express my sense of humor with Passion Party. The opportunity to do so is all thanks to the talents of Seth, Jay, and Ian and their true appreciation and honest belief in what I write. Seth is the mastermind here and the catalyst of just about every song on the album, who came up with almost all of the beats and ideas--concepts that I was so inspired by--allowing me to write more within 8 months than I normally do in say, 3 years. Ian is the solidifying piece with his instrumentation, progression, and IMO the well-oiled machine of Visceral Candy itself. Jay? Well, Jay is the fucking wizard... I could go on and on.. In summary, with all of the partnership and nearly seamless way we've worked together, not against, is what has made this album a cohesive collaboration spanning genres and subject matter. It's most definitely a defining moment for me personally and I think a great leap for Visceral Candy as well."

Ian Hernandez: "The album title identifies Tim Stiles' role as the "guide" of this album, if you will. The concept, as I've always thought of it, isn't meant to imply some monumental egotism on his part. Rather, as a piece of the Visceral Candy catalog,The last record centered on (Seth's dogs) Saxon, Savannah and Sterling. This record centers on Tim's interaction and presence with Seth, Jay and myself. The next record will center on the development of our 3-piece live set, and so on. It's a bold and ballsy statement on both our parts, and listening to the masters I feel a swell of nervous arrogance that (I feel) encapsulates our creative process at the Battlefield."