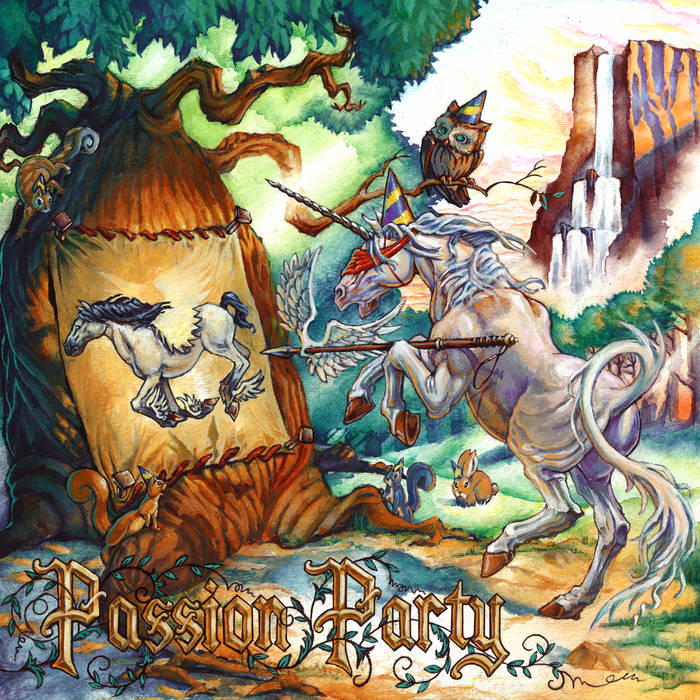 Passion Party is a satirical hip-hop band from Seattle, WA formed in 2012 by Tim Stiles and Adam Drew.

The band's debut, 'The Unihorn EP' was produced and co-written by Seattle drummer and vocalist Adam Drew (Halophile, The No Good Hearts, This Blinding Light, Hidden Lake) and features trumpet by Timmy Conroy (Blvd Park, Georgetown Orbits, Paula Boggs Band). All beats were made via Adam's Roland MC-505. This collaboration inspired lead vocalist and rapper, Tim Stiles to crank out hilarious, often raunchy hip-hop jams about the trials and tribulations of love and life, managing to say stuff with a straight face that should probably never be said.