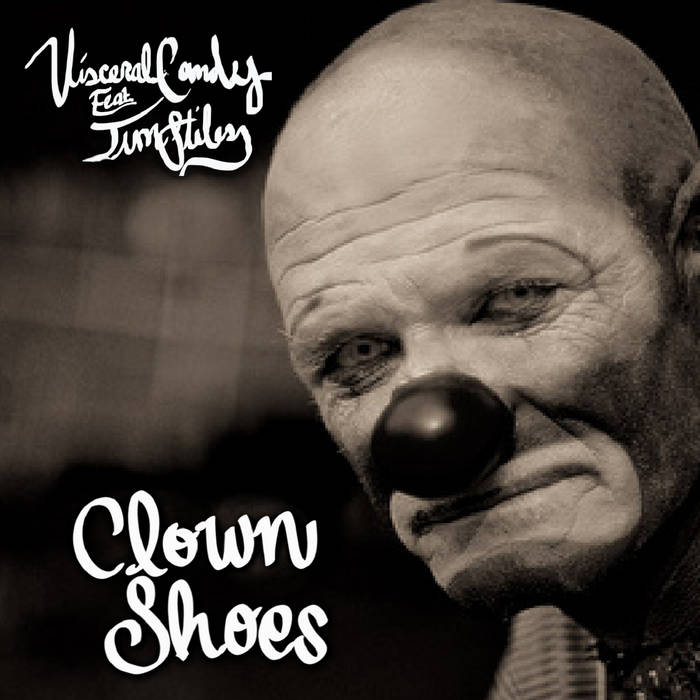 'Clown Shoes' is a fictional story of a vagabond lost in a world that never treated him fairly. After years of struggling with homelessness and addiction, he finally discovers a family that fits him--as a clown in a traveling circus. He learns to love life again by joining those who've faced a similar predicament. His feeling of being misunderstood dissipates as he learns that, by dawning such a disguise, he actually becomes the truest to himself that he's ever been. While he accepts his failures, he ends up finding happiness in the joy he brings to others—Witnessing those who end up looking up to both him and themselves while staring down at his Clown Shoes = true happiness.” –Tim Stiles

With this perfect landing strip
To land a kiss
He thought, "Who could deny a funny guy
Put together so animate?"

A lack of magic tricks
Brought a lure instead:
A yellow hat atop his head
With a red wig affixed

A beacon of red foam,
Graced his thick nose,
Removing that heart under his sleeve,
And replacing it with a trick rose

Ballooned pants
With purple, striped cross-stitches,
And Yellow lines down the center,
Tossed away old britches

Changing kicks for a bigger,
Redder size, depicted
A man no longer a victim
Of liquid inhibition

The previous image
He adored was evicted
By a cotton candy pink slip...
What a tasty trinket...

[Seth Swift]
He did it for the kids...
At least those that could laugh at him...

[Tim Stiles]
The way the carousel spun
With its organ, squealing grind
Resembled the cup he placed
In his circled space defined

This escape may be
More creative than relevant,
Call him crazy but don’t
Fault him for facing the hell of it

Although a victim of bad luck,
He found proof
That giving up isn’t option,
And giving back expounds couth